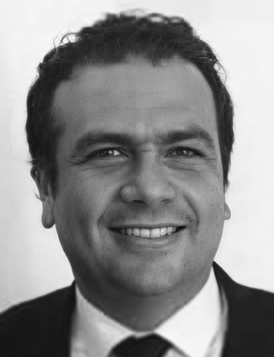 He is the Marketing Director of Talaat Moustafa Group
Has over 20 years’ experience in various operational and strategic marketing roles, predominantly in real estate development, retail, education, telecommunication, and FMCG. Who has a successful track record of showing, promoting, and selling products/services. Joined Talaat Moustafa Group – TMG on March 2004 with a portfolio of achievements including launching Madinaty project, Four Seasons Nile Plaza, Four Seasons San Stefano and Lamar.

His passion and focus is applying marketing strategies, techniques and implement them with international standards.
During the professional journey at Talaat Moustafa Group Dr.Ayman Zahran obtained the MBA degree major marketing in 2007, and completed the doctorate degree in strategic management in 2013.

Prior to Talaat Moustafa Group, Dr. Ayman Zahran worked in several industries and the social responsibility was one of the main concerns, worked with CIDA after returning back from Canada on several projects serving the community volunteerly in 2001.
During his work at HRDC in Nova Scotia, Canada. He gained an experience in communtity development